Best Things to do in York – York is a magnificent city to live in or visit, with so many things to do and see. We have sites of historical importance, beautiful streets, fun attractions, cracking theatres and fab restaurants. As well as cool bars and a pub for almost every day of the year and amazing amounts of festivals!

Clifford’s Tower is very central in York, and situated between the Castle Museum and the Jorvik Viking Centre.  It’s looked after by English Heritage so will be included if you have an English Heritage card.   “The stunning panoramic views over Old York from the top of Clifford’s Tower, make it the ideal starting point for any visit to the city. There’s plenty to discover at this imposing tower standing proud on its high mound. It is almost all that remains of York Castle built by William the Conqueror, and has served as a prison and a royal mint in its time. Enjoy unrivalled views of York Minster and the city of York, with its medieval churches and buildings. In the distance you can see as far as the North York Moors.”

The Bar Walls are the thick stone walls that circle the city. They are not entirely complete but are a great (free!) activity to do with older children. There are steps to climb and not all of the walls are fenced (meaning a drop to one side) so bear that in mind if there are accessibility issues or wild toddlers! You get a view of the city and The Minster from the walls that you just don’t get to see otherwise.

See our detailed post about and map of the Bar Walls here.

The Shambles is one of the best-preserved medieval shopping streets in Europe. Although none of the original shop-fronts have survived from medieval times, some properties still have exterior wooden shelves, reminders of when cuts of meat were served from the open windows.  We now have three Harry Potter shops and a Ghost Shop in The Shambles!

There are lots of different tours to take in York from historic to quirky.  You can see York on the open top hop-on-hop-off bus, or take one of the many walking tours around York.  Explore York’s past through the buildings and the stories of people who lived here.  How about joining one of our famous ghost walks in the evening (I’ve done many and they are brilliant fun!), we also have a Ghost Bus tour!  You can tour York on one of City Cruises’s boats and have lunch or afternoon tea on there.  Another tour that sounds great fun is the ‘Bloody York Gin Tour’, which is a two-hour walking and gin-drinking tour – a boozy ghost walk if you will.

Another free activity in the centre of York, the Museum Gardens are a lovely place to explore. On a summer’s day you can bring a picnic here and relax on a bench or the grass. You can also explore the ruins of the medieval St. Mary’s Abbey, or visit The Yorkshire Museum.

“There is so much to see and do including a chance to see inside Yorkshire’s oldest working observatory, wander round the gardens and see the vast botanical collection, spot some of the 40 species of bird within the gardens and visit the award winning Yorkshire Museum, which showcases some of Britain’s finest archaeological treasures and many rare animals, birds and fossils, in exciting new displays.”

The York Castle Museum is brilliant, interesting and fun with lots of things to look at and explore. They have Kirkgate, a Victorian street, as well as actual (historic!) prison cells.  They also have lovely Christmas events too.

Best Things to do in York 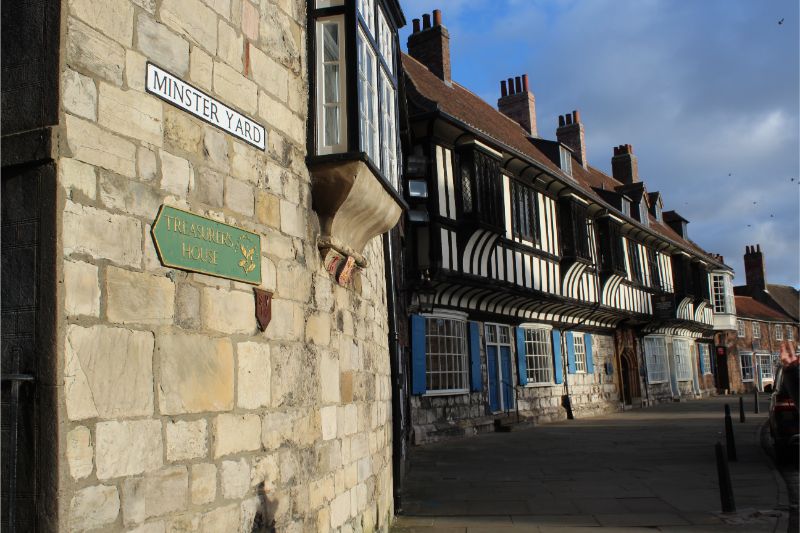 Every summer and Christmas time York hosts a unique pop-up Viking bar experience.  At Christmas, we see Thor’s Tipi in Parliament Street as an accompaniment to York Christmas Market,  You can sip around a roaring fire drinking cocktails or laced hot chocolates.  In the summer, the fun moves to SOL AST in the gardens of The Principal Hotel.  Here you can enjoy the alfresco vibe while lanterns swing lazily from the trees around you. 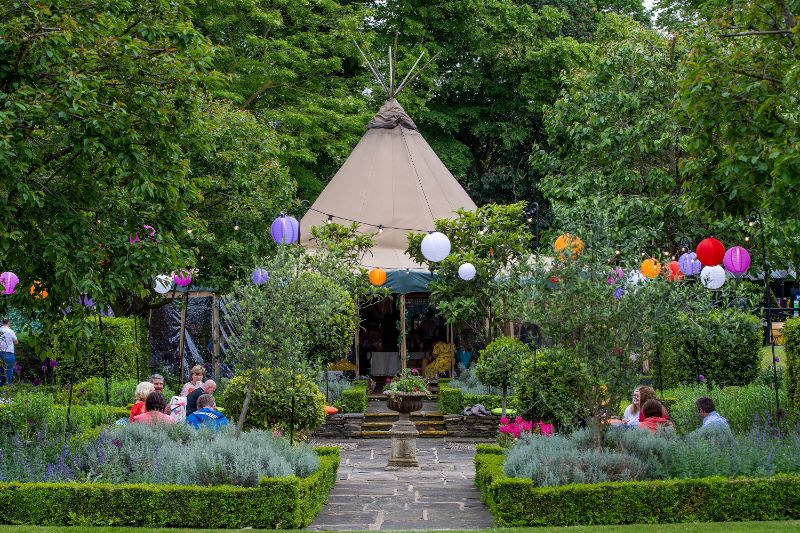 The Yorkshire Museum sits in the heart of York Museum Gardens, in the centre of York.  The museum was opened in 1830 by the Yorkshire Philosophical Society and was one of the first purpose-built museums in the country.  Reopened on 1 August 2010 following a nine-month £2million refurbishment project the Museum houses five galleries showcasing some of Britain’s finest archaeological treasures and many rare animals, birds and fossils, in exciting displays. 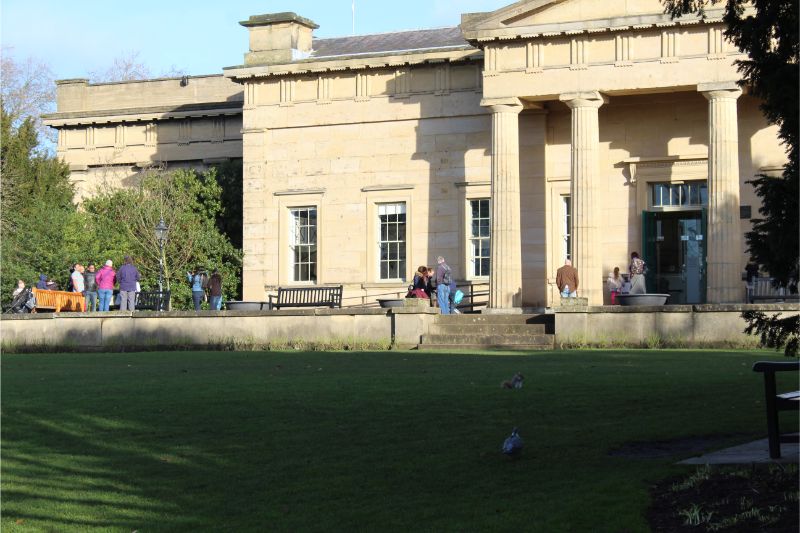 The York Dungeon brings together an amazing cast of historic characters, immersive sets and surprising special-effects.  It’s great fun, comedic, and occasionally a bit grim, but the acting and quality of the place is impressive.

There are several theatres in York. The biggest two are the Grand Opera House which has a varied programme of musicals, plays and tribute acts, as well as a pantomime at Christmas.. The York Theatre Royal has two stages, the main stage and a smaller, more intimate studio. The main stage tends to be plays and touring theatre companies while the studio often has done great children’s theatre. They also have a panto every Christmas.

There are four cinemas in York. There are two in York City Centre, the Everyman, and the City Screen which is in the city centre on Coney Street, overlooking the river. There are also two out of town multiplexes. There is Vue at Clifton Moor that had a major refurbishment in 2019, with a new modern foyer and all screens with recliner seats. Cineworld at Monk’s Cross opened in December 2019 and is very modern with a VIP room, IMAX and Screen X.

There are so many festivals in York – we are a big festival city! To name a few there is the Jorvik Viking Festival, York Christmas Festival, the York Festival of Food and Drink and the York Resident’s Festival.

See our list of all the great festivals in York here.

Dine in or out – York Restaurants

We have lots of fabulous restaurants in York from our humble but delicious fish and chips eaten from the paper on a park bench to fine dining in one of our many upmarket restaurants.  Or you could go international with Chinese, Italian, Indian or even Korean food.  We have some amazing places for brunch or afternoon tea too.

Have a look at our post on the best restaurants in York here.

York has a fabulous array of places to drink and socialise.  Famously, in our relatively small city you can drink in a different pub every day for a whole year!  Whether you are looking for a wine bar, gin bar or a cosy, traditional pub, York has them all!

See our list of the best Bars in York here.

If you are looking for something different in the evening, why not check out our posts on where you can try wine tasting, gin experiences or cocktail making classes?

Have a look at our posts on wine tasting, gin tasting or cocktail making in York 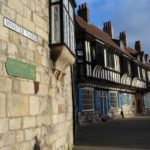 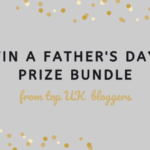 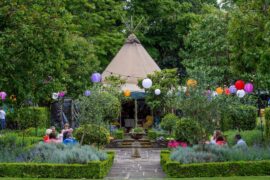 SOL AST Returns to The Principal Hotel Gardens in July! 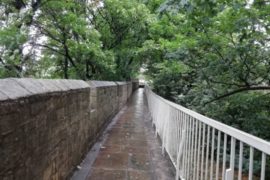 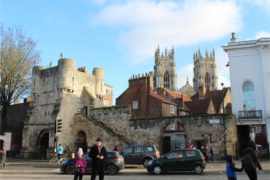 Looking for a York Taxi Number? List of Taxis in York 2020