York’s city-wide festive celebrations will get underway with St Nicholas Christmas Fair and the switching on of the city’s ever-growing collection of Winter lights.  Why Winter lights rather than Christmas lights?  Well, they are lit just before Christmas and stay on throughout the dark winter months, lighting York up until Spring!

There won’t be a formal lighting up ceremony in 2021 but the lights will be shining from the 18th of November.

Indeed, York BID – which organises York’s annual display of Christmas lights throughout the city centre – has commissioned even more lights for Duncombe Place, including sympathetic lighting that will highlight well known landmarks such as the Boer War Memorial, St Michael Le Belfry and the Minster.

“Creating a welcoming winter lights scheme for the city – including the historic Bar gateways themselves – has been one of the most visible parts of York BID’s work over the last few years, funded by city centre businesses to give the city even wider appeal during the darker, winter months,” comments Andrew Lowson, executive director of York BID.  “We try to extend the displays slightly each year, and with the move of the light switch-on to Duncombe Place, we’ve added a number of new elements here, which will no doubt delight hundreds of thousands of visitors who come to the city centre to stay, shop and socialise at this special time of year.”

Lights and projections will also adorn the magnificent West Front of York Minster for the event, with plans to use the lights periodically in the run-up to Christmas when there are not services or events taking place inside.

“York in winter is an absolute gem, full of light, energy and excitement and people preparing for the festive season. York BID and Make It York have worked wonders in extending the lighting show to Duncombe Place and in designing the Minster into the scheme. We hope that the lights will not only draw people to view the Minster but also encourage them to come inside. They will find a warm welcome and quiet spaces to rest and reflect upon the real meaning of Advent and Christmas.”

For details on the St Nicholas Fair and the Christmas activities going on around the city see www.visityork.org/whats-on/christmas.

Have a look at what else is on in York at Christmas, as well as York Christmas Market and where to visit Santa in York. 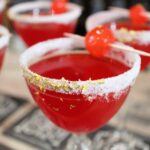 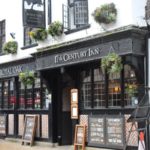 9 of the Most Interesting Old Pubs in York 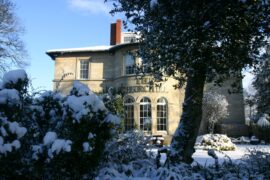 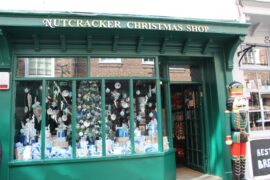 Looking for a Christmas Shop in York? 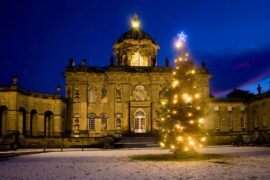