Portuguese food is what made cheeky Nando’s famous in the UK. Their Piri-Piri Chicken is based on Portuguese recipes and is loved all around the world. Naturally, the food chain chicken cannot compare to the real deal made in Portugal. Which is less of a statement about Nando’s food being bad, than about how much better authentic Portuguese Piri-Piri Chicken is.

If you are curious about the most famous dish from Portugal, here are some places in York to try it out for yourself. Careful: It’s spicy!

Looking for that Summer Feeling?

The weather in the UK can be wet, grey, and uncomfortable. No wonder, the top holiday destinations for UK residents tend to be where it’s warm and sunny almost all year round. Portugal is among the top ten destinations. More than a few of us are probably already planning a trip to the Algarve – sun, beautiful beaches, and stunning holiday lettings: https://www.holidu.co.uk/holiday-lettings/portugal/algarve.

Meanwhile, try out some Portuguese cuisine to summon that holiday feeling to your doorstep instead.

Like most countries where it is predominantly warm, the Portuguese kitchen is famous for its spicy foods. On top of the list: Spicy Piri-Piri Chicken. Food chains like Nando’s have helped spread its popularity, but the spicy marinated chicken was popular way before it got picked up by the South African business.

In Portugal, Piri-Piri is used to describe multiple things.

The Piri-Piri Sauce is a mixture of spicy Piri-Piri peppers, vinegar or lemon, salt, oil, and chopped onions. Other optional ingredients are bell pepper, garlic, bay leaves, paprika, basil, oregano, and tarragon. While it is mostly used to marinate chicken, you can use it for many dishes.

To be fair, Nando’s is obviously not native to York, but the chain does offer tasty Piri-Piri Chicken and other Portuguese treats. Some of you might say: Wait a minute, Nando’s is a South African chain! And you’d be right. But the Portuguese dish has every reason to be on their menu. Piri-Piri sauce originated in South Africa, but it was created by Portuguese explorers in the Portuguese territories during the high rise of colonialism.

You can find a Nando’s in the Vangarde Retail Park (Monks Cross) in Huntington or on 12 High Ousegate, York.

For the colder months, they are currently offering Vinho Quente, housemade mulled wine with a Portuguese twist. It is made with port wine, vanilla, cinnamon, and fresh oranges.

You can find Frango Eduardo on 17-21 Piccadilly in York.

Thor’s Tipi Bar is an interesting location – it does not have a set location. It is a pop-up bar that sets up shop in different places in and around York. Depending on where and when the bar is open, it has different menus and cooperating restaurants. At their summer location (Sol Ast) at the Principal Hotel in York, they work together with Frango Eduardo to serve their Piri-Piri Chicken and delicious cocktails.

Keep an eye out when summer comes around, you will find their locations and the dates on their website. 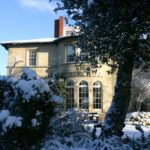 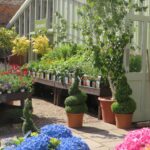 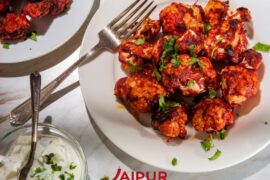 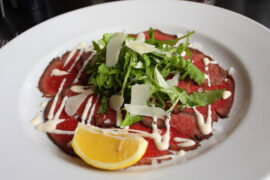 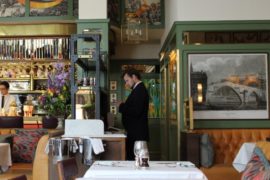 Looking for a Private Dining Room in York?