York is a beautiful walled city with a long history dating back to ancient Roman times. Despite being small, it plays a significant role throughout the history of England. Thanks to careful planning and preservation, many of the city’s historical sites still draw tourists from around the world. From medieval architecture to Gothic-style cathedrals and ancient walls, these are the best historical attractions in York.

The city centre of York is lined with historic walls that you can explore on foot from end to end. At 3.4 km long, these walls have protected the city since Roman times. Exploring these beautifully preserved walls is the best way to get a feel of the city and learn a bit of its history.

The City Walls were built mainly in the 13th century, although the original walls have been around since 71 AD. Several portions of the walls remain intact to this day, occupying about 50 acres of land at the banks of the river Ouse. At 3.4 km long, these walls are considered the longest town walls from the medieval age and will take two hours to explore.

There are signs and information points giving details about the history of the walls and its surrounding areas, providing visitors with valuable information about the city’s history. And as you walk the entirety of the walls, you will come across several shops and restaurants, where you can relax before you continue to explore.

After several centuries of construction, the York minster was finally completed in 1472. The cathedral is devoted to Saint Peter and has a wide Gothic nave. The structure looks truly magnificent, but don’t just admire it from the outside. Make sure you step inside to get a closer look at its cool interiors, including the stunning medieval stained-glass windows and sparkling artefacts.

The York Minster is located within the city centre, so it’s hard to miss this grand structure when going around the city. While it’s great to base yourself in the city centre as it gives you easy access to the various attractions including the cathedral, you might want to consider renting out one of the Yorkshire countryside holiday cottages. You will be far from the bustling city, which allows you to relax before you head out to explore again.

Clifford’s Tower is a ruined structure at the centre of York Castle, on the south side of the river Foss. The structure was initially built by William the Conqueror so that he could gain control over the rebellious north of England.

Like most of the historical sites in York, the tower’s name has somewhat gruesome roots – it was on this site that Roger de Clifford was hanged for treason. He was involved in a rebellion plot against King Edward II and took part in the Siege of Tickhill.

Today, the tower overlooks some spectacular views of the city. The hill where the tower stands is often blanketed with daffodils in spring, and hiking to the top will reward you with the most panoramic views of the city, including the York Minster and the city centre. On a clear day, you could catch a glimpse of the North York Moors National Park. 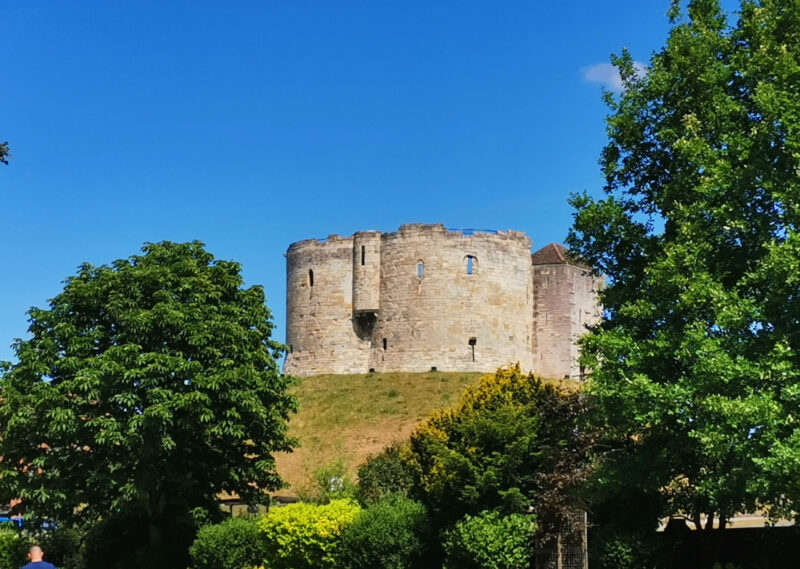 Set in the middle of the York Museum Gardens, the St. Mary’s Abbey is a beautiful ruin that you should visit while exploring York. It was first constructed in 1088, and the ruins that you will see now are the remnants of one of the most prominent Benedictine monasteries all over England.

The St. Mary’s Abbey used to be the richest in the north of England before the monasteries were dissolved, an event that resulted in the abbey’s closure and eventual destruction. Nowadays, the abbey and the grassy areas in the surrounding have become popular for a picnic, usually frequented by visitors and locals alike. If you love to relax in nature, this place is worth visiting. Make the experience even more memorable by glamping near the York countryside. You’ll find several camping sites around North Yorkshire, and some of them are easily accessible from the centre of York.

It’s possible to head straight into the ruins with no restrictions since the museum gardens are free for the public to enter. Take time to explore the ruins and admire the site where monks used to pray, sing, and contemplate. The stone walls surrounding the abbey were constructed in the 12th century and believed to be the most complete set of abbey walls in England.

The Shambles is quite possibly the most popular street in York and a must-visit for fans of Harry Potter. This 14th-century walkway is thought to be the inspiration for the Diagon Alley in the famous series. The street looks truly enchanting, lined with centuries-old timber-framed buildings, taking you back in time.

Yet, a dark past lurks behind the Shambles‘ charming facade. Its name is derived from an Old English word that means “slaughterhouse” because the street used to be filled with slaughterhouses during the olden times. When strolling down the street, you could see those little hooks hanging in front of the shops. These were used to hang meat during those times when the street was lined with local butchers peddling their meat.

Nowadays, the street is lined with shops selling various products, from souvenirs to jewellery items. There are also a few tea shops and restaurants. As you walk in the direction of the York Minster, you can catch a glimpse of the stunning views of the tower from here. 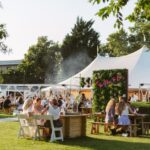 THOR’S and SOL AST Returns to Parliament Street and Principal Gardens this June! 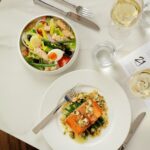 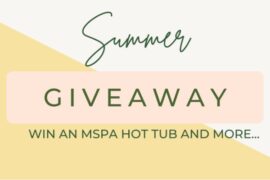 What To Write in A Friends Birthday Card? 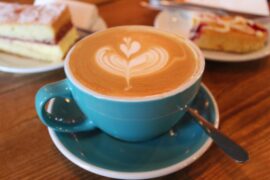 10 Coffee Places You Should Not Miss While in York