Looking for the Best Japanese Restaurants in York?  Have a look at our list of restaurants that do great Japanese food.  If it’s just sushi you are looking for we have a post on Sushi in York.

Ippuku Tea House “offer modern but still authentic Japanese style food, tea and drinks that represent ideals of the Japanese life-style using only high quality Japanese products and produce currently trending in Japan.”  They serve a vegetable or salmon sushi bowl (Sushi rice topped with edamame, half an avocado and smoked salmon or a seasonal vegetable side, pickles and salad.)  Or you could try Teriyaki chicken, Shougayaki pork or Gyoza.

Shori are a Japanese Restaurant at Spark on Piccadilly.  They serve ramen with mushroom and kombu, spicy chilli beef and tonkotsu.  Sando (Japanese hot sandwiches) with chicken, pork belly and tamago egg, bao buns, Robata (Japanese BBQ) and specials of the day,

Shiitakeya are a small Japanese restaurant on Walmgate that also do takeaway.  They have a lunchtime special from Monday-Friday, and otherwise serve dishes like Buta Shogayaki (sliced pork loin in sweet ginger sauce with rice, salad and miso soup on the side) or Chicken Teryaki Don (pan fried chicken glazed in soy sauce, mirin and sugar rice bowl with salad and miso soup on the side).

Ipfu Sushi has recently changed its name from Sushi Waka.  The website defaults to the menu in Japanese, which says to me that this restaurant is catering to the large number of Japanese visitors we receive.  I’d say that it does not get more authentic than that!  If you want sushi like it’s served in Japan, then this looks ideal.  Their best selling dishes include Salmon Sashimi Dom and Sizzling Squid with BBQ Sauce.

Wagamama is a large chain Japanese restaurant.  “a little ginger to warm you up. chillies that kick. noodles to nourish the body and soul. our Asian inspired menu has been created to soothe, nourish, sustain and inspire. pick from all kinds of rice and noodle dishes, alongside fresh salads and shareable sides. there are desserts, fresh juices, hot drinks, wine, sake and expertly crafted Asian beers too”

61 Lawrence Street, York, YO10 3BU
The Little Asia website is rather sparse on detail, but you’ll find menus and customer photos over on Tripadvisor.  They serve Bibimbap and Kimchi.  Customers commend them on their authenticity.  At the time of writing they had 4.8 stars from 100 reviews on Google.

Panda Mami is an all-you-can-eat restaurant tucked away just off Ouse Bridge.  They have all sorts of food stations, including a sushi bar.   They have other sections, like a traditional carvery, Japanese food, Chinese food, Indian Food and a huge dessert selection, including a chocolate fountain.  You can help yourself from the buffet or approach one of the live cooking stations and be catered for.

Or, why not look at our post on the Best Restaurants in York. 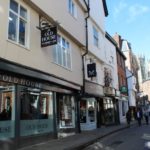 9 of the Best Steak Restaurants in York 2021 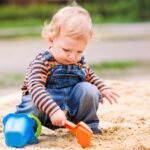 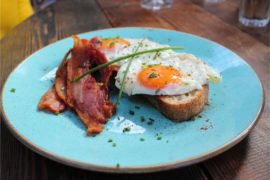 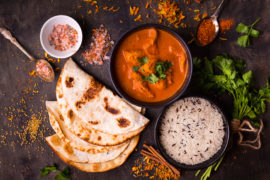 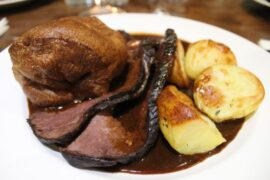