All Gold Comedy Club celebrate their first ever Christmas Special at Impossible York with a brilliant line-up of comedians – featuring not one, but TWO acts from Live At The Apollo!

Brennan Reece and Esther Manito will both take to the stage on Thursday 2nd December, at what promises to be a very special night!

Brennan Reece was crowned English Comedian of the Year in 2015, quickly followed with nomination for the prestigious Best Newcomer Award at the Edinburgh Festival Fringe for his sell- out debut show Everglow. He has appeared on Live at the Apollo (BBC), Comedy Central at the Comedy Store (Comedy Central) and The Stand Up Sketch Show (ITV).

Esther Manito is a Lebenase Essex Comedian who fell into comedy by accident. Since then Esther has gone on to appear on Live At The Apollo, Stand Up Sketch Show, Newsjack, Russel Kane’s Evil Genius and won Best Show at Leicester Comedy Festival 2021!

All Gold Comedy Club organiser Kev Rook is proud of what they have achieved at the night since launching just after lockdown restrictions were lifted. He said “In the few months that we have been at Impossible York with every single show featuring big names as seen on TV shows like Have I Got News For You, Mock The Week and 8 Out Of 10 Cats. For the Christmas special we’ve pushed the gravy boat out even further and can promise you an absolute cracker of a night!”

Support on the night is equally as impressive with rising star Hyde Panaser in the role of MC and BBC New Comedy Award Winner Yuriko Kotani. Yuriko is no stranger to TV work also having appeared on Russell Howard’s Stand Up Central, BBC Three’s Pls Like, CBBC’s The Dog Ate My Homework and Paul Hollywood Eats Japan on Channel 4!

In what promises to be a huge festive feast of funny the advice is to buy your ticket now. Group bookings for work Christmas outings are also being accepted on the night.

The show on Thursday 2nd December is at Impossible Wonderbar and Tea Rooms, 3 St. Helen’s Square, York, YO1 8QN. Doors open at 7pm with the show kicking off at 8pm. Tickets are £12.50 and available online here or on the door on the night.

For further information go to https://www.facebook.com/allgoldcomedyclub 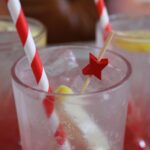 What’s On in York in November 2021? York Events Guide 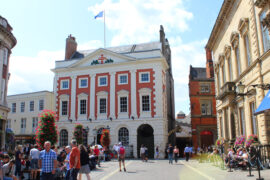 What’s On in York in September 2022? York Events Guide 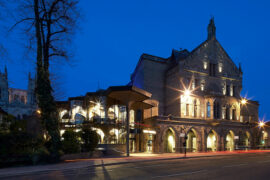 What’s On in York in August 2022? York Events Guide